ArianeGroup to start production of the first Ariane 62

With the successful conclusion of Maturity Gate 6.2, ArianeGroup and its industrial partners are moving into an important new phase in the development of Ariane 6, a flagship European Space Agency (ESA) program. This review confirmed that the industrial process of Ariane 6 is mature enough to start construction of the first launcher, in line with the program's objectives. Ariane 6 is specifically designed to be able to respond to evolving market demands. It will be a versatile, modular, competitive launcher, available in two versions, Ariane 62 and Ariane 64, in order to guarantee the continuity of European access to space. "Starting the production of the first launcher just three years after the decision of ESA Member States to launch the Ariane 6 program in December 2014 is a major step forward," said Alain Charmeau, CEO of ArianeGroup. "This once again demonstrates the efficiency of the industrial process put in place for the development, production and operation of Ariane 6. The industry is thus meeting its commitments to serve all future Ariane 6 customers, in ESA-coordinated national and European institutions, which are currently preparing the operational launch phase with our subsidiary, Arianespace". 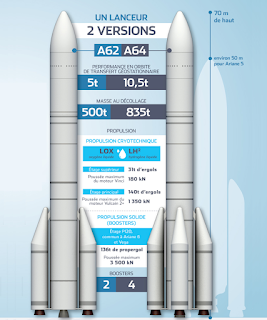 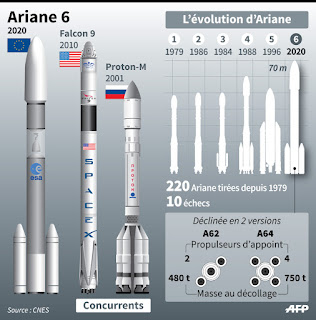 This milestone follows on from Maturity Gate 6.1 last April, which validated the technical, industrial and programming characteristics of Ariane 6, enabling launcher development to continue at the anticipated rate. The positive conclusion of this milestone thus made it possible to launch the production of the Ariane 6 ground qualification models.

At the same time, the European Space Agency is preparing to put the launcher into operation. A review called "Exploitation Readiness Key Point" (ERKP) analyzes in detail all the aspects associated with the commercialization and mass production of Ariane 6 launchers. The conclusions are expected in March 2018.

As the industrial lead contractor for development and operation of the Ariane 5 and Ariane 6 launchers, ArianeGroup coordinates an industrial network of more than 600 companies in 13 European countries, including more than 350 Small and Medium Enterprises. The ArianeGroup subsidiary Arianespace is responsible for the commercialization of Ariane 6.
Автор: Jackkat на 3:25 AM