CALIFA renews the classification of galaxies

The objects within galaxies have two basic types of motions: orbiting around the galaxy centre in a regular organized disc, or in orbits oriented at random without a clear direction of rotaiton. If we imagined that galaxies behave in the same way as the Solar System we could think that as the objects move further away from the centre their orbital velocities decrease. However this is not necessarily the case for galaxies, as there are several factors which affect the rotational velocity of these objects, such as the dimensions of the galaxy, the gravitational pull of other galaxies, and the quantity of dark matter in a given galaxy. An international team of astrophysicists,among them IAC and Universidad de La Laguna researcher Jesus Falcon Barroso, coordinator of the CALIFa (Calar Alto Legacy Integral Field Area survey) at the IAC who is one of the authors of the article published in Nature Astronomy, has collected tat from 600 galaxies in the neighbourbhood of the Milky Way with the Potsday Multiple Aperture Spectrophotometer (PMAS) on the 3.6m telescope at the Calar Alto Observatory (Almeria, Spain). As part of this catalogue the scientists have made velocity maps of 300 galaxies showing the movements of their stars. 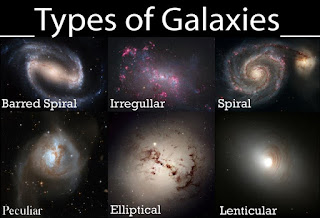 In this way they have defined three different groups among the sets of stellar orbits, which they have called "cold orfbits" "warm orbits" and "hot orbits", the latter typical of stars with random motions. When they analyzed tghe data they showed that circular orbits are frequent in lower mass galaxies, while the "hot orbits" are more often found in galaxies with higher mass. In addition tghey have found quite a number of "warm orbits", greater than that previously expected for this type of galaxies.

Using these maps of stellar motions one can obtain a lot of informatioin about the history of formation of these galaxies. They evolve and grow over thousands of millions of years, merging with other galaxies. Those which have absorbed other smaller galaxies generally have thin rotating discs, while when two galaxies with similar masses merge an elliptical galaxy is formed, in which the orbits are arranged in random directions.

Measuring the orbits in the galaxies analyzed allows us to distinguish between disc galaxies (with colder orbits) and elliptical galaxies (with hotter orbits) even when this difference cannot be detected when using images alone. This implies that by measuring the stellar orbits the researchers will be able to determine if the galaxy we observe is the result of internal evolution of an isolated object, a relatively calm series of mergers with smaller objects, or the product of a violent merger.

CALIFA, which with its 300 galaxy simple has become one of the biggest archives of data on galaxy dynamics up to now is the "first study to propose a scheme of galaxy classification base don the orbital distribution of their stars, which is different from the classical Hubble diagram , based on morphological classification" explains Falcon Barroso. This researcher also acknowledges that the results of this study " present some problems for current theories of formation and evolution of galaxies"

This new classification has been carefully prepared to produce a representative simple which will help astronomers to make models of the evolution of galaxies, and show whether their simulations produce valid predictions.
Автор: Jackkat на 9:44 AM