Thales Alenia Space has signed three contracts in the frame of Next Space Technologies for Exploration Partnerships (NextSTEP-2) activities with Boeing, Lockheed Martin and Orbital-ATK, to develop capabilities that can meet NASA human space exploration objectives while also supporting industry commercialization plans. Based on a public-private partnership model, the next step for human spaceflight is the development of deep space exploration capabilities to expand architectures to support more extensive missions in the proving ground around and beyond cis-lunar space and then towards deep space and, ultimately, Mars. In addition NASA hopes to incorporate modules and parts developed in the NextSTEP project into the follow on Deep Space Gateway and Deep Space Transport projects. An important part of NASA's strategy is to stimulate the commercial space industry while leveraging those same commercial capabilities through partnerships to deliver mission capabilities. In this frame, Thales Alenia Space has collaborated with a couple of the selected US Companies, namely Orbital ATK and Lockheed Martin, since the very beginning of NextSTEP. For NextSTEP-2, a third contract has been added with Boeing. 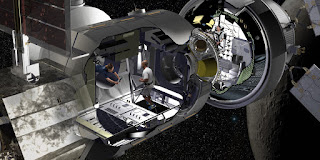 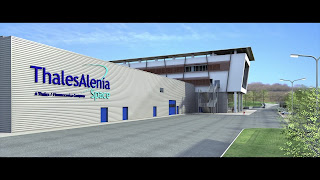 Thales Alenia Space support to the US partner's activities in NextSTEP is primarily focused on the definition of a key core element of the Cislunar infrastructure, i.e. the Habitat Module, but with potential additional contributions in terms of general deep space gateway architecture and other composing elements, such as a potential airlock. The support will capitalize on the Thales Alenia Space knowledge and heritage acquired in both exploration and space transportation domains.

Thanks to its flight proven know-how and capability accumulated through its strong contribution in the development of the ISS Pressurized Modules (both permanently operative in orbit like the Nodes, or used to support ISS cargo logistic like Cygnus), Thales Alenia Space will provide added values to the US partners by proposing sound and robust design solutions for the new generation exploration modules, where innovation and recent technological steps forwards can be injected as well.

In particular, this support will span from overall module configuration to layout, structures, micro-meteoroid and radiation protection, thermal control and more in general systems aspects (including manufacturing and integration capabilities) essential for the technical definition of such modules and for the setup of development approach and planning able to meet the stringent schedule of the program.

"We are very proud to bring our expertise to cooperate with NASA in expanding the frontiers of knowledge, capability and opportunities in space beyond Low Earth Orbit" - declared Walter Cugno Vice President Domain Exploration and Science Thales Alenia Space - "For Thales Alenia Space, the partnering with US companies in this very exciting adventure is also the culmination of a unique knowhow developed through European banner and now recognized worldwide".
Автор: Jackkat на 4:32 AM