A tool that has helped guide sailors across oceans for centuries is now being tested aboard the International Space Station as a potential emergency navigation tool for guiding future spacecraft across the cosmos. The Sextant Navigation investigation tests use of a hand-held sextant aboard the space station. Sextants have a small telescope-like optical sight to take precise angle measurements between pairs of stars from land or sea, enabling navigation without computer assistance. Sextants have been used by sailors for centuries, and NASA's Gemini missions conducted the first sextant sightings from a spacecraft. Designers built a sextant into Apollo vehicles as a navigation backup in the event the crew lost communications from their spacecraft, and Jim Lovell demonstrated on Apollo 8 that sextant navigation could return a space vehicle home. Astronauts conducted additional sextant experiments on Skylab. "The basic concepts are very similar to how it would be used on Earth," says principal investigator Greg Holt. 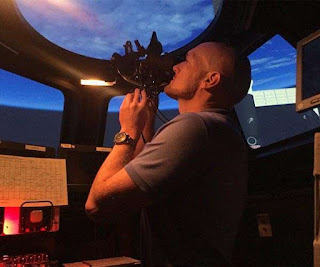 "But particular challenges on a spacecraft are the logistics; you need to be able to take a stable sighting through a window. We're asking the crew to evaluate some ideas we have on how to accomplish that and to give us feedback and perhaps new ideas for how to get a stable, clean sight. That's something we just can't test on the ground."

The investigation tests specific techniques, focusing on stability, for possibly using a sextant for emergency navigation on space vehicles such as Orion. With the right techniques, crews can use the tool to navigate their way home based on angles between the moon or planets and stars, even if communications and computers become compromised.

"No need to reinvent the wheel when it comes to celestial navigation," Holt says.

"We want a robust, mechanical back-up with as few parts and as little need for power as possible to get you back home safely. Now that we plan to go farther into space than ever before, crews need the capability to navigate autonomously in the event of lost communication with the ground."

Early explorers put a lot of effort into refining sextants to be compact and relatively easy to use. The tool's operational simplicity and spaceflight heritage make it a good candidate for further investigation as backup navigation.
Автор: Jackkat на 6:54 AM