The first test launch of the unmanned version of Russia's new Federation spacecraft atop the new Soyuz-5 rocket has been suggested to be rescheduled from 2022 to 2023 after two test launches of the rocket with other spacecraft are held, a source in the aerospace industry told Sputnik Thursday. The unmanned version of Federation was initially set to be launched from Russia's Baikonur Cosmodrome atop Soyuz-5 in 2022, with the second test flight planned for 2023, when the spacecraft was set to dock to the International Space Station (ISS). The manned flight was expected to be held in 2024. However, in July, the Russian Space Corporation Roscosmos said that during its first launch in 2022, the Soyuz-5 rocket will not bring Federation to the orbit, as it had initially been planned, but would have another spacecraft atop of it. "According to the new schedule of the Soyuz-5 launches, which is being formed now, five launches of the new carrier rocket are planned to be held before 2025. The first launch is scheduled for mid-2022, the second launch is set for late 2022 ... "The launch of the unmanned version of the Federation spacecraft on the Soyuz-5 rocket is suggested to be held in 2023 after two test launches of the rocket are held," the source said. 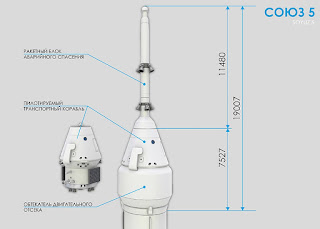 It is still unclear which spacecraft the Soyuz-5 rocket will bring to space in 2022, according to the source. In mid- and late 2024, two more launches of Soyuz-5 rockets were planned to be held in order to bring an unmanned spacecraft and a crew to the ISS, the source added.

"Thus, the terms for the launch of the manned version of the Federation spacecraft, set for Roscosmos for 2024, remain," the source pointed out.

The Russian space agency has not, however, immediately responded for the comment. The Russian spacecraft manufacturer Energiya has been working on the Federation spacecraft, aiming to substitute Soyuz rockets, which have been used to bring crews to the ISS for over 50 years, since 2009.
Автор: Jackkat на 12:44 AM