Since mid-September the technology multinational GMV has been taking part in the final field tests of the projects included under the European Commission's (H2020) Strategic Research Cluster ( SRC ) programme. These tests are due to run until December 15. The main aim of the space robotics SRC is to create, within the timeframe of 2020-2030, the necessary tools for consolidating the technical maturity of robotics systems for in-orbit- servicing and planetary-exploration missions. The PERASPERA project which is providing the roadmap and technical supervision of the programme, funded under the Research and Innovation Programme, Horizon 2020 (H2020), is being coordinated by the European Space Agency (ESA); the partners are the Italian Space Agency (Agenzia Spaziale Italiana: ASI), Spain's Industrial Technology Development Center (Centro para el Desarrollo Tecnologico Industrial: CDTI), the French Space Studies Center (Centre National d'Etudes Spatiales: CNES), the German Aerospace Center (Deutsches Zentrum fur Luft- und Raumfahrt: DLR) and the UK Space Agency (UKSA). Initial SRC activities have addressed designing, manufacturing and testing of reliable and high-performance common robotic building blocks (through six operational grants-OGs) for operation in space environments (orbital and/or planetary). In the last and most challenging phases of the first Cluster call, the six technology building blocks are being tested to serve as the basis for future orbital and planetary missions. 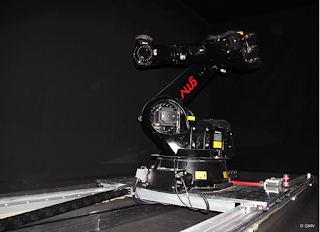 GMV is leading 3 of these technology building blocks: the European Space Robotics Control and Operating System-OG1 ( ESROCOS ), centering on the creation of operational software capable of controlling a space robotics system in all mission phases; the European Robotics Goal-Oriented Autonomous Controller-OG2 ( ERGO ), the block designed to develop the autonomy system for planning, scheduling and overseeing the execution of elementary activities of robotics systems; and Facilities for Testing Orbital and Surface Robotics Building Blocks-OG6 (FACILITATORS ), for providing the orbital and planetary scenarios for the rest of the projects, including the preparation of facilities for validation of robotics systems and the organization of field testing campaigns.

In September the Test Readiness Reviews (TRR) of the three projects were conducted; this marked the completion of the software-development and -integration activities and the start of the field test campaign led by the FACILITATORS project, which will validate the framework of the projects in scenarios representative of space robotics.

During September the ESROCOS framework was validated in three scenarios representative of space robotics and critical terrestrial applications. The first validation in the orbital servicing scneario was conducted in GMV's robotic space dynamics testbed platform-art , simulating the inspection of a berthed satellite using a robotic manipulator equipped with a camera. The second was held on ADS's Stevenage site (UK), involving tests with a Martian rover (Bridget).

Finally, ESROCOS was validated in a nuclear scenario: a terrestrial robotic test to control a robot designed for the International Thermonuclear Experimental Reactor (ITER), using the prototype kept on VTT's site in Tampere (Finland). The software test activities in the three facilities have been successfully completed according to the test plan; the next step is final project acceptance.

In October, additionally ERGO ran its orbital scenario field tests on GMV's platform-art . The tests involved the repair of an artificial satellite in orbit (the target), using a service spacecraft (chaser) that approached the satellite to repair it by means of a robotic arm. The satellite to be repaired was made up by a set of cubs (Active Payload Modules, or APMs) that could be replaced in orbit.

The tests showed the ERGO system to be capable of drawing up a plan with the sequence of operations to be carried out with the cubes until achieving the desired configuration. Crucially, it was also proven that, should any fault occur during the operation, the system is capable of drawing up a new plan to lessen the fault's effects, achieving, where possible, repair of the satellite in orbit without the need for any operator intervention. The I3DS project, led by Thales Alenia Space, also validated its technologies in GMV's platform-art testbed.

The suite of sensors developed in this project has been tested under conditions representing an in-orbit servicing scenario, using a mockup with realistic details and the testbed's mobile lighting system, which provided many different lighting angles. The robots' great precision set up a comparison reference with the readings obtained from I3DS's sensors and allows their validation.

The Moroccan desert, as a Mars-like terrain, is chosen as the terrestrial validation scenario of space robotics technologies

Finally, from mid-November to mid-December the northern tip of the Sahara desert in Morocco staged the final tests of ERGO and INFUSE (the latter led by the Belgian firm Space Application Services).

In this field test campaign, held under the FACILITATORS project and coordinated by the German Research Center for Artificial Intelligence (Deutsches Forschungszentrum fur Kunstliche Intelligenz GmbH: DFKI), the robotics technologies developed under the SRC will be tested outside the laboratories.

The robotic platform in charge of field testing the technology developed by both projects will be the Rover SherpaTT, a desert veteran that successfully participated in a simulated space mission in the Utah desert (USA) back in 2016.

In the case of ERGO, SherpaTT will be using a pioneer robotics technology developed to conduct an autonomous long-distance mission. With the goal of taking a soil sample at a remote destination, the rover will travel a kilometer-long route in the Moroccan desert landscape of wide plains, but also steep slopes and gorges. In doing so, it has to plan its own route and react to unforeseen situations, e.g. adapt to changing ground conditions and overcome obstacles.

Along this route SherpaTT will be carrying a camera and image recognition system capable of ascertaining if the surrounding rock or soil has interesting features not previously catalogued, for subsequent characterization and analysis.

On this principle of opportunistic science SHERPA.TT will act autonomously, altering its initial plan defined by human operators to suit this new information input. This new plan will include taking images of the unknown features catalogued as of potential interest (rocks, terrain, etc...). This whole process will definitively prove the ERGO system's autonomous decision- making capabilities.
Автор: Jackkat на 1:01 AM